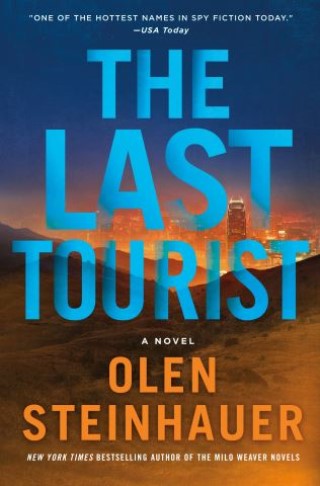 A decade later, Milo is hiding out in Western Sahara when a young CIA analyst arrives to question him about a series of suspicious deaths and terrorist chatter linked to him.

Their conversation is soon interrupted by a new breed of Tourists intent on killing them both, forcing them to run.

As he tells his story, Milo is joined by colleagues and enemies from his long history in the world of intelligence, and the young analyst wonders what to believe. He wonders, too, if he’ll survive this encounter.

After three standalone novels, Olen Steinhauer returns to the series that made him a New York Times bestseller.

Olen Steinhauer: Olen Steinhauer is a New York Times bestselling author, a Dashiell Hammett Award winner, a two-time Edgar Award finalist, and has also been nominated for the Anthony, Ian Fleming Steel Dagger, Ellis Peters Historical Dagger, Macavity, and Barry awards. He is also the creator of the Epix TV series Berlin Station. He was raised in Virginia, and now divides his time between New York and Budapest.