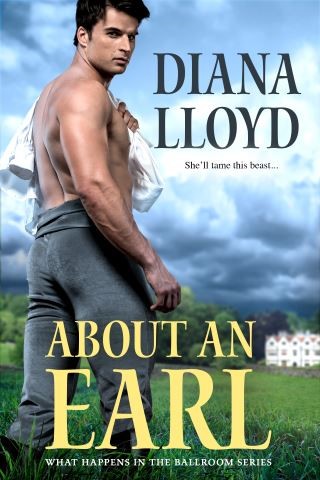 An outsider at her first English ball, Jewel is fascinated with the beautiful dresses and the lovely dancing, but she’s vowed to save the Earl of Winchcombe from her cousin’s marriage trap. When she first glimpses the handsome lord, her heart beats faster. As they plan to thwart her cousin’s machinations, she discovers a kindred spirit in Oliver—even if he’s a peer and she’s a lowly colonist. Caught kissing the earl, the ball ends in disaster and Jewel’s displeased uncle whisks her away to Scotland..

Lord Scar, as the ton calls Oliver, would rather be anywhere than at a godforsaken masquerade ball and when he learns from the free-spirited colonist about the nefarious marriage plan, he grudgingly accepts her help. Jewel intrigues him and sets his heart racing. Yet, when the ball is over and the mask is off—Oliver curses the scar that will send her screaming away.

When her uncle banishes her, Oliver comes to her rescue by offering Jewel his hand in marriage. She agrees, despite his disfigurement. But what’s a beastly lord like him to do with such a beautiful wife—especially when he discovers she’s delightfully saucy?

Each book in the What Happens in the Ballroom series is STANDALONE:
* How to Train Your Baron
* About an Earl

Diana Lloyd, mother of gingers, has enjoyed books since she first ate one. Once she learned to read, she enjoyed them even more. Dreaming of the English countryside of old, she lives in Michigan surrounded by the shark-free waters of the Great Lakes and writes stories with kissing and cravats.