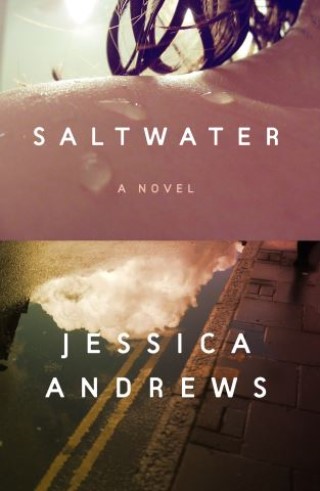 "Andrews’s writing is transportingly voluptuous, conjuring tastes and smells and sounds like her literary godmother, Edna O’Brien . . . What makes her novel sing is its universal themes: how a young woman tries to make sense of her world, and how she grows up."
–Penelope Green, The New York Times Book Review

This “luminous” (The Observer) feminist coming-of-age novel captures in sensuous, blistering prose the richness and imperfection of the bond between a daughter and her mother

It begins with our bodies . . . Safe together in the violet dark and yet already there are spaces beginning to open between us.

From that first salty, viscous connection, through the ups and downs of a working-class childhood in northern England, the one constant in Lucy’s life has been her mother: comforting and mysterious, ferociously loving, tirelessly devoted, as much a part of Lucy as her own skin. Her lessons in womanhood shape Lucy’s appreciation for desire, her sense of duty as a caretaker, her hunger for a better, maybe reckless life.

At university, Lucy’s background sets her apart from her classmates and London, even as she struggles with the excruciating, slow separation from her mother. Her father goes missing just after she graduates; her shift into adulthood comes with the burden of choosing how much of her father’s trouble to take on. When her grandfather dies, she escapes to his tiny house in Donegal, a place where her mother once found happiness. There she will take a lover, live inside art and the past, and track back through her memories and her mother’s stories to make sense of her place in the world.

In “a stunning new voice in British literary fiction” (The Independent) that lays bare our raw, dark selves, Jessica Andrews’s debut honors the beauty, complexity, and mixed blessings of daughterhood. Intricately woven in lyrical vignettes, Saltwater is a coming-of-age novel about finding a way forward by looking back.

Jessica Andrews: Jessica Andrews writes fiction and poetry. Her work has appeared in The Independent, Elle, AnOther, Somesuch Stories, Shabby Doll House, and Papaya Press, among other publications. She teaches literature and creative writing and is coeditor of The Grapevine, a literary magazine that aims to give a platform to underrepresented writers. Saltwater is her first novel.