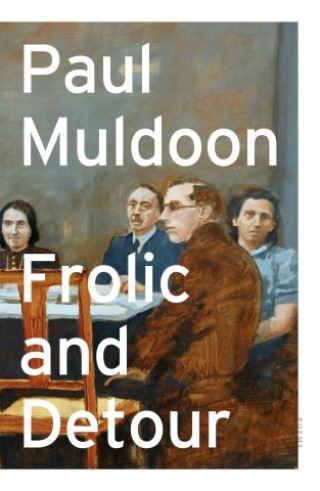 A new collection from the Pulitzer Prize–winning poet

Though Frolic and Detour is Paul Muldoon’s thirteenth collection, it shows all the energy and ambition we might generally associate with a first book. Here, the poet brings his characteristic humor and humanity to the chickadee, the house wren, the deaths of Leonard Cohen and C. K. Williams, the Irish Rising, the Great War, and how “a streak of ragwort / may yet shine / as an off-the-record / remark becomes the party line.” Frolic and Detour reminds us that the sidelong glance is the sweetest, the tangential approach the most telling, and shows us why Paul Muldoon was described by Nick Laird, writing in The New York Review of Books, as “the most formally ambitious and technically innovative of modern poets, [who] writes poems like no one else.”

Paul Muldoon: Paul Muldoon was born in County Armagh in 1951. He now lives in New York. A former radio and television producer for the BBC in Belfast, he has taught at Princeton University for thirty years. He is the author of twelve collections of poetry, including Moy Sand and Gravel, for which he won the 2003 Pulitzer Prize, and Selected Poems 1968–2014.