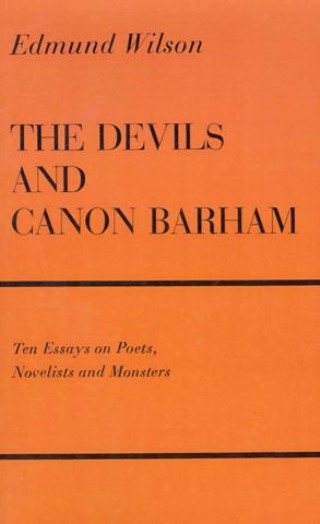 The Devils and Canon Barham

Previously published in the New Yorker and the New York Review of Books, Wilson's writing featured in this volume sees the critic returning to his roots and youth, with essays on his childhood love for The Ingoldsby Legends, the works of Hemingway, Eliot's The Waste Land, and ends with a piece on The Monsters of Bomarzo and by taking the Modern Language Association (MLA) to task.

Edmund Wilson: Edmund Wilson (1895-1972) was a novelist, memoirist, playwright, journalist, poet, and editor but it is as a literary critic that he is most highly regarded. His more than twenty books include Axel’s Castle, Patriotic Gore, To the Finland Station, and Memoirs of Hecate County.