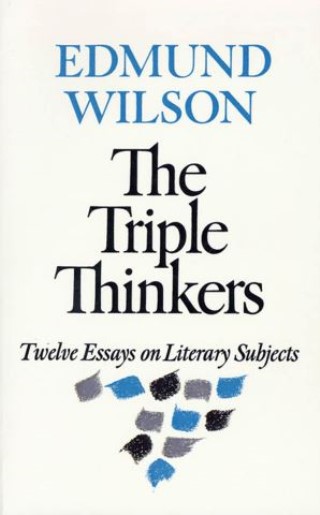 The Triple Thinkers: Twelve Essays on Literary Subjects contains some of Edmund Wilson's most significant and brilliant writings on topics and authors ranging from Pushkin, A. E. Housman, Flaubert, Henry James, Marxism, poetry and more.

Edmund Wilson: Edmund Wilson (1895-1972) was a novelist, memoirist, playwright, journalist, poet, and editor but it is as a literary critic that he is most highly regarded. His more than twenty books include Axel’s Castle, Patriotic Gore, To the Finland Station, and Memoirs of Hecate County.