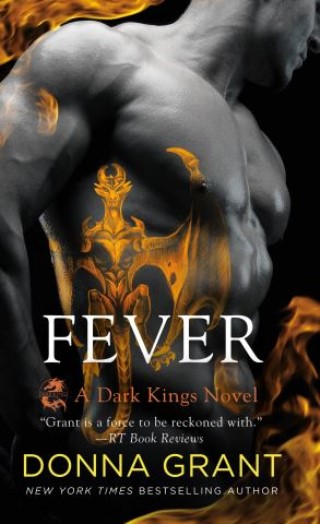 His kiss was fire and passion. She shivered, wondering how he knew just how to touch her, to
send her spiraling into an abyss of pleasure...

For centuries, the Dragon Kings have lived among mortals, forsaking their true selves. But for Kelton, hiding in the realm of shadows—and existing only in the world of dreams—is no longer an option. A human woman claims to know that he, like other dark warriors of his kind, is real. That the legends about these powerful, seductive men with hearts ablaze are true. And that, with just one embrace, Kelton could destroy her…or love her until the end of time.

Bernadette Davies is an anthropologist who knows better than to fall into the arms of a Dragon King. But how can she resist Kelton when he’s so willing to share his secrets and bare his soul? He hasn’t met a beautiful, trustworthy woman like Bernadette in…forever. But once they give into their mutual desire, their worlds will never be the same. Soon Bernadette must face her dilemma: Should she expose the truth about Kelton in the name of science? Or join him in his battle with the dark forces—in the name of love?

Praise for the Dark Kings series: