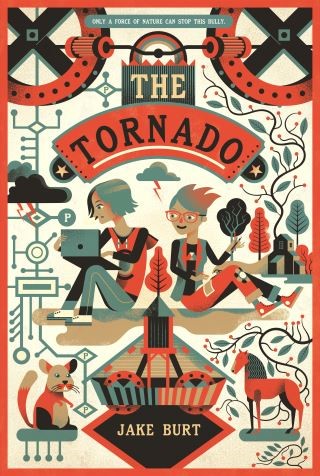 "One of the best stories about bullying for middle grades. Highly recommended."--School Library Journal, starred review

Bell Kirby is an expert at systems, whether he’s designing the world’s most elaborate habitat for his pet chinchilla, re-creating Leonardo da Vinci’s greatest inventions in his garage, or avoiding Parker Hellickson, the most diabolical bully Village Green Elementary has ever seen.

Since third grade, Parker has tormented Bell, who’s spent two long years devising a finely tuned system that keeps him out of Parker’s way. Sure, it means that Bell can’t get a drink when he wants to, can’t play with his best friend on the playground, and can’t tell his parents about his day, but at least he’s safe.

Until Daelynn Gower touches down in his classroom like a tornado.

Bell’s not sure why the new girl, with her rainbow hair, wild clothes, and strange habits, is drawn to him, but he knows one thing--she means trouble. It’s bad enough that she disrupts Bell’s secret system, but when Daelynn becomes the bully’s new target, Bell is forced to make an impossible decision: Finally stand up to Parker. . .

Jake Burt: Jake Burt is the author of the middle-grade novels Greetings from Witness Protection!, an Indie Next selection, and The Right Hook of Devin Velma, a Junior Library Guild selection. He teaches fifth grade, and lives in Hamden, CT, with his wife and their daughter.