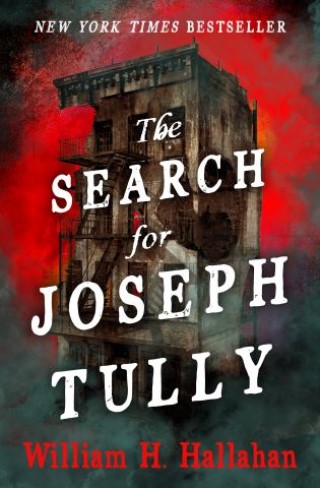 The Search for Joseph Tully

In Brooklyn, in a historic part of that shambled borough, the flailing iron ball of the wrecker’s crane is at work. One of the few buildings still standing amid the rubble is the Brevoort House, older than memory. Its only remaining tenant is Peter Richardson. Abandoned. Menaced. Alone. The Brevoort has become an unbearable burden for him. Houses, like people, can go bad, and the Brevoort emanates an evilness, an undefined terror, aimed directly at him. The house—something in the house—is telling Richardson of his impending death.

In another part of Brooklyn, solicitor Matthew Willow arrives from London seeking a man who may not exist. He has one clue, the name of the wanted man’s ancestor: Joseph Tully. Willow’s search takes him into the fascinating world of the genealogical detective—and uncovers a relentless pursuit and quest for vengeance through centuries of reincarnation . . .

“The kind of book you can’t put down while you’re reading—and will never forget after you finish. A super-shocker.” —Robert Bloch, author of Psycho

“As horrifying as anything you’ll read for a long time.” —The Detroit Free Press

William H. Hallahan:
William H. Hallahan (1925–2019) was an Edgar Award–winning American author whose works spanned genres but who was best known for his bestselling mystery and occult novels. His first novel, The Dead of Winter, was nominated for the Edgar Award for Best First Mystery Novel, and his suspense novel, Catch Me: Kill Me, won the Edgar Award for Best Mystery Novel. Hallahan’s occult novel, The Search for Joseph Tully, was a New York Times bestseller and hailed as one of the best books of its genre. For the book opening, mock gravestones that read “Here Lies Joseph Tully” were lined up and down Park Avenue in New York. His other works of fiction include The Ross Forgery, Keeper of the Children, The Trade, The Monk, Foxcatcher, and Tripletrap. His works were translated into many languages and released throughout the world.

Hallahan was born in the shadow of Ebbets Field, Brooklyn; spent three years in the Navy; graduated with honors and a master’s degree from Temple University; and worked variously as a college English professor, a copywriter, and an ad agency proprietor in his own agency, Hallahan Incorporated.