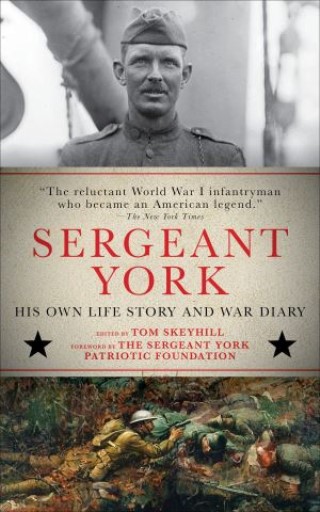 His Own Life Story and War Diary

The inspiring true story of “the reluctant World War I infantryman who became an American legend”—in his own words (The New York Times).

October 8, 1918: Amid the last of the Allies’ attempts to defeat the Germans, Sgt. Alvin York of Tennessee found himself and his platoon of only seventeen men trapped in the thick of heavy machine gun fire. Rather than retreating or calling upon the artillery to take out the nest, York single-handedly took out twenty-five Germans, dropping them one by one, and captured many more.

This is only one of the many tales of York’s famed heroism, which were heralded as some of the most impressive battle stories in the history of modern warfare. Sergeant York contains the legendary soldier’s war diaries, which offer up-close snapshots of his fabled military career.

Included in this new edition of a classic work are new forewords written by York’s son and grandson, which provide both personal and historical recollections of their predecessor. In Sergeant York, experience the fascinating life of an American hero.