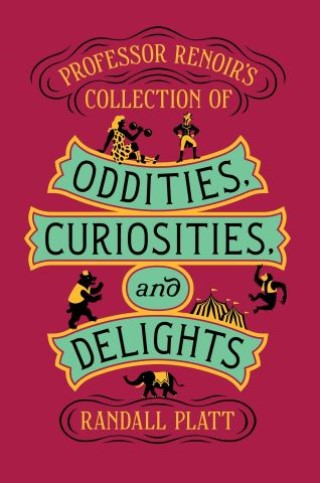 A gripping historical fiction friendship story that will grab everyone by the heartstrings and never let go.

A giant, a dwarf, and three doomed circus animals . . .

By her fourteenth birthday, Babe Killingsworth measures 6ʹ9ʺ and weighs 342 pounds. In 1896, what other options does a giant have but to join a carnival?

Her only real talent is handling animals: “Critters is folks to me.” The cheap outfit her feckless father sells her off to offers critters galore; an escape from Neal, Idaho; and a bit of fame. It also opens the doorway to exploitation and neglect.

But Babe’s love for Euclid (a chimp) and Jupiter (a bear) keeps her anchored, and in Professor Renoir’s Collection of Oddities, Curiosities, and Delights, she is among her own kind.

Enter Carlotta Jones, billed as the world’s smallest girl, whose elephant act leaves much to be desired. At thirty inches tall, Carlotta is beautiful, spoiled, and demanding and has very little talent—Egypt, her elephant, dances better than she does.

How can a giant like Babe and a dwarf like Carlotta ever see eye to eye? They don’t at first, but soon they understand that a common enemy can bring anyone together—even a giant and a dwarf.

"Platt proves again she is unafraid to tackle intensely emotional issues for young readers in this beautifully written piece. Like its title, it inspires both curiosity and delight.” —Booklist