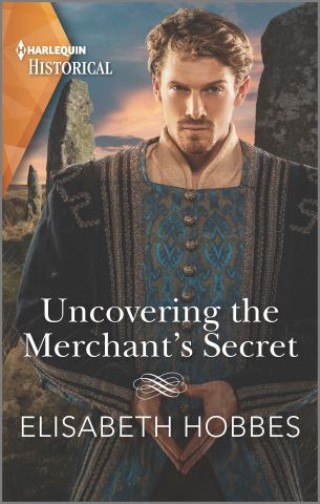 A man with no past… could she hold the key to his future?

Shipwrecked merchant Jack Langdon wakes with no memory and steals a kiss from a beautiful stranger—widow Blanche Tanet. As he recovers in her castle, passion flares between them. Jack’s fascinated by her independence and courage but, discovering his identity is not what it seems. Jack must first uncover the secrets of his own past if they’re to have a future together…

From Harlequin Historical: Your romantic escape to the past.

Elisabeth Hobbes: Elisabeth’s writing career began when she finished third in Harlequin’s So You Think You Can Write contest in 2013 and hasn't looked back. She teaches Primary school but would rather write full time because unlike five year olds her characters generally do what she tells them. She spends most of her spare time reading and is a pro at cooking one-handed while holding a book.

She lives in Cheshire because the car broke down there in 1999 and she never left.