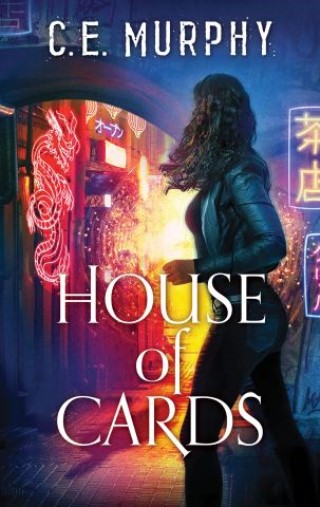 Plunge back into an enthralling paranormal world in book 2 of the Negotiator urban fantasy series from acclaimed author C.E. Murphy.

New York City’s only legal counsel to the fabled Old Races, Margrit Knight is levelheaded in all matters extraordinary. But when she’s summoned to negotiate a peace treaty among rival factions, her own mortal world threatens to fall apart.

Margrit’s been in hot water before, but reentering the underworld brings a new set of problems. And a new set of friends and enemies, including a ruthless vampire mobster, a dragonlord who won’t take no for an answer, a band of subversive selkies…oh, and Alban Korund, the sexy gargoyle who got her into this mess—and whose granite-strong touch still haunts her every fantasy…

C.E. Murphy: C.E. Murphy is the author of more than twenty books—along with a number of novellas and comics. Born in Alaska, currently living in Ireland, she does miss central heating, insulation and—sometimes--snow but through the wonders of the internet, her imagination and her close knit family, she’s never bored or lonely. While she does travel through time (sadly only forward, one second at a time) she can also be found online at www.cemurphy.net or @ce_murphy on Twitter