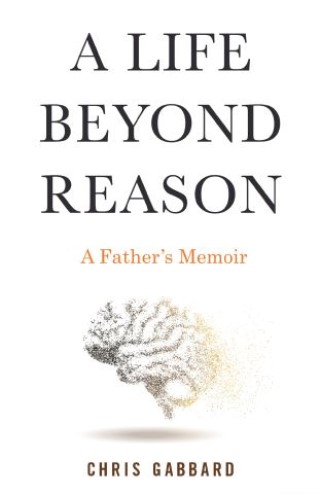 A Life Beyond Reason

An unflinching and luminous memoir that explores a father’s philosophical transformation when he must reconsider the questions what makes us human? and whose life is worth living?

Before becoming a father, Chris Gabbard was a fast-track academic finishing his doctoral dissertation at Stanford. A disciple of Enlightenment thinkers, he was a devotee of reason, believed in the reliability of science, and lived by the dictum that an unexamined life is not worth living. That is, until his son August was born.

Despite his faith that modern medicine would not fail him, August was born with a severe traumatic brain injury as a likely result of medical error and lived as a spastic quadriplegic who was cortically blind, profoundly cognitively impaired, and nonverbal. While Gabbard tried to uncover what went wrong during the birth and adjusted to his new role raising a child with multiple disabilities, he began to rethink his commitment to Enlightenment thinkers—who would have concluded that his son was doomed to a life of suffering. But August was a happy child who brought joy to just about everyone he met in his 14 years of life—and opened up Gabbard’s capacity to love. Ultimately, he comes to understand that his son is undeniably a person deserving of life.

A Life Beyond Reason will challenge readers to reexamine their beliefs about who is deserving of humanity.

Chris Gabbard: Chris Gabbard is an associate professor of English at the University of North Florida. He serves on the editorial board of The Journal of Literary and Cultural Disability Studies, and his writing about disability, literature, and the Enlightenment has appeared in numerous academic publications and journals. He lives with his family in Jacksonville, FL.