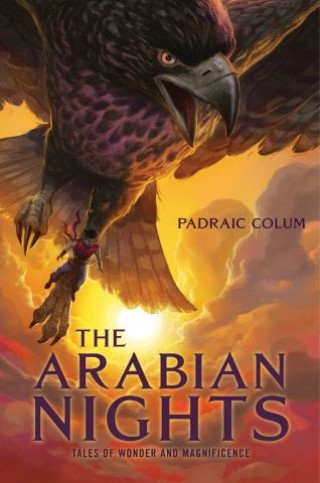 Tales of Wonder and Magnificence

Genies, wishes, thieves, and treasure abound in these classic stories of magic and adventure from master storyteller Padraic Colum.

Every night for a thousand and one nights, Shahrazad begins to tell her husband the king a new tale but each night she stops before finishing. Why? Because the king has promised to kill her when the last one is over. However, her nightly stories—of Sinbad the Sailor, Ali Baba, and many other heroes and villains—are so enthralling that King Shahryar has to postpone her execution again and again...

Padraic Colum brings together a selection of the most amazing of the over 600 stories which Shahrazad told. Full of genies, flying carpets, and daring adventures, The Arabian Nights will captive a new audience and leave readers asking for one more story.

Padraic Colum: Padraic Colum (1881–1972) was a poet, a playwright, and a leader of the Irish Renaissance, but he is best known for his works for children, including The Children of Odin and The Golden Fleece (a Newbery Honor Book).