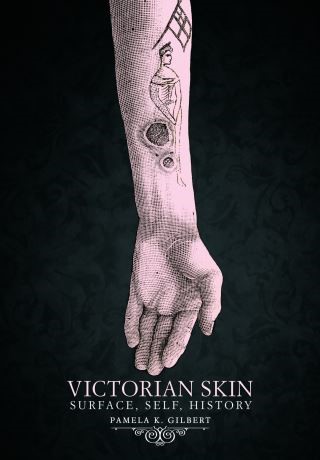 In Victorian Skin, Pamela K. Gilbert uses literary, philosophical, medical, and scientific discourses about skin to trace the development of a broader discussion of what it meant to be human in the nineteenth century. Where is subjectivity located? How do we communicate with and understand each other's feelings? How does our surface, which contains us and presents us to others, function and what does it signify?

As Gilbert shows, for Victorians, the skin was a text to be read. Nineteenth-century scientific and philosophical perspectives had reconfigured the purpose and meaning of this organ as more than a wrapping and instead a membrane integral to the generation of the self. Victorian writers embraced this complex perspective on skin even as sanitary writings focused on the surface of the body as a dangerous point of contact between self and others.

Drawing on novels and stories by Dickens, Collins, Hardy, and Wilde, among others, along with their French contemporaries and precursors among the eighteenth-century Scottish thinkers and German idealists, Gilbert examines the understandings and representations of skin in four categories: as a surface for the sensing and expressive self; as a permeable boundary; as an alienable substance; and as the site of inherent and inscribed properties. At the same time, Gilbert connects the ways in which Victorians "read" skin to the way in which Victorian readers (and subsequent literary critics) read works of literature and historical events (especially the French Revolution.) From blushing and flaying to scarring and tattooing, Victorian Skin tracks the fraught relationship between ourselves and our skin.