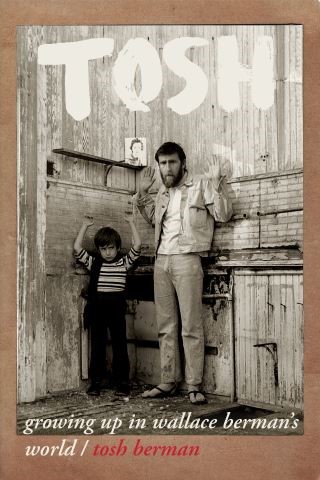 Growing Up in Wallace Berman's World

Wallace Berman is one of the most significant artists of American culture, associated with the Abstract artists, as well as the Beat Generation. He is “the father” of assemblage art.

To get a sense of how well-known he was in his own time, Wallace Berman was featured on The Beatles' “Sgt Peppers Lonely Hearts Club Band” album cover, standing next to Tony Curtis.

Cast of characters in the memoir is famous and distinguished, with photographs of many of them in their gorgeous prime included in the book:

Tosh Berman was a long-time bookseller at Book Soup in Los Angeles, and is eager to do events in California, New York, and from other interested stores.

Wallace Berman’s reputation continues to grow, as evidenced by the recent book, Wallace Berman: American Aleph and the reissue of his Semina Culture

Likely excerpts of this book in The Paris Review and The Evergreen Review.

Have contacts at art magazines like Frieze, and Artforum, and will seek interviews with Tosh.

Tosh Berman producing a web-based interview series, TOSH TALKS, dedicated to the book, featuring interviews with those mentioned, blurbers, art critics, culture vultures, and many more fascinating people bonded by a love of Wallace Berman’s work. City Lights will heavily promote on our popular social media channels with 44,000 fans on Facebook and 129,000 fans on Twitter