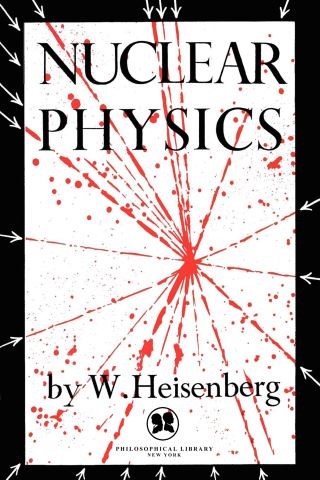 The Nobel Prize–winning physicist offers a fascinating popular introduction to nuclear physics from early atomic theory to its transformative applications.

Theoretical physicist Werner Heisenberg is famous for developing the uncertainty principle, which bears his name, and for his pioneering work in quantum mechanics. A central figure in the development of the atomic bomb and a close colleague of Albert Einstein, Heisenberg wrote Nuclear Physics “for readers who, while interested in natural sciences, have no previous training in theoretical physics.”

Compiled from a series of his lectures on the subject, Heisenberg begins with a short history of atomic physics before delving into the nature of nuclear forces and reactions, the tools of nuclear physics, and its world-changing technical and practical applications. Nuclear Physics is an ideal book for general readers interested in learning about some of the most significant scientific breakthroughs of the twentieth century.

W. Heisenberg:
A controversial WWII figure, Werner Heisenberg was a German physicist. Born in 1901 to an academic family, Heisenberg was interested in scientific and philosophical pursuits from a young age. After graduating from the University of Munich, where he studied under physicist Arthur Sommerfield, Heisenberg went on to establish a career in the study of atomic and particle theory. He won the Nobel Prize in 1932 for his Uncertainty Principle. Heisenberg was one of the top German scientists during World War II, and he worked as the director of the German Uranium Project developing an atomic bomb for Germany. He did not succeed in this effort, however, before the end of the war. He was incarcerated from 1945–46 for his role in the Nazi regime, but in the ’50s and ’60s, Heisenberg continued to contribute his research to the field of nuclear physics. He retired in 1970 and resided in Munich until his death in 1973.