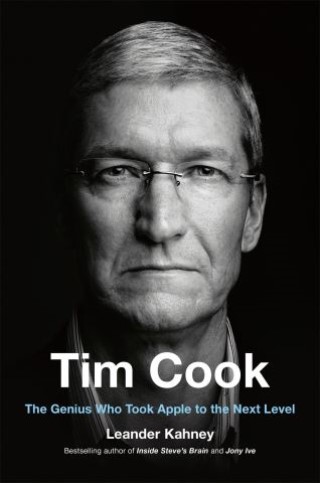 The Genius Who Took Apple to the Next Level

Journalist Leander Kahney reveals how CEO Tim Cook has led Apple to astronomical success after the death of Steve Jobs in 2011.

The death of Steve Jobs left a gaping void at one of the most innovative companies of all time. Jobs wasn't merely Apple's iconic founder and CEO; he was the living embodiment of a global megabrand. It was hard to imagine that anyone could fill his shoes--especially not Tim Cook, the intensely private executive who many thought of as Apple's "operations drone."

But seven years later, as journalist Leander Kahney reveals in this definitive book, things at Apple couldn't be better. Its stock has nearly tripled, making it the world's first trillion dollar company. Under Cook's principled leadership, Apple is pushing hard into renewable energy, labor and environmentally-friendly supply chains, user privacy, and highly-recyclable products. From the massive growth of the iPhone to lesser-known victories like the Apple Watch, Cook is leading Apple to a new era of success.

Drawing on access with several Apple insiders, Kahney tells the inspiring story of how one man attempted to replace someone irreplaceable, and--through strong, humane leadership, supply chain savvy, and a commitment to his values--succeeded more than anyone had thought possible.

Leander Kahney: Leander Kahney, the bestselling author of Inside Steve's Brain, Jony Ive and Cult of Mac, has covered Apple for more than a dozen years. He is the former news editor of Wired.com, and now the editor of CultofMac.com.