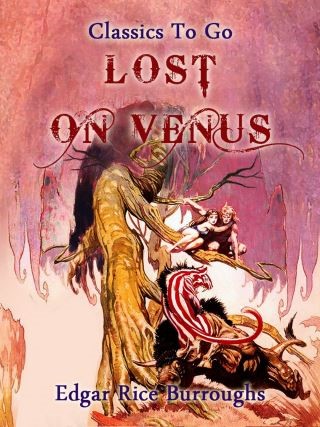 Second in the Venus series. Carson Napier begins this episode in the Room of the Seven Doors. He can leave any time he wants, but six of the seven doors lead to hideous deaths; only one is the door of life. After navigating his way out of this logic puzzle, Carson continues his quest to rescue the planet's fairest princess. He pursues this with single-mindedness, even though more terrible daggers lie ahead; even though the princess wishes neither his help or his affection; even though her people will execute him if he enters their country! Such is the honour of an Earth man’s pledge. (Goodreads)