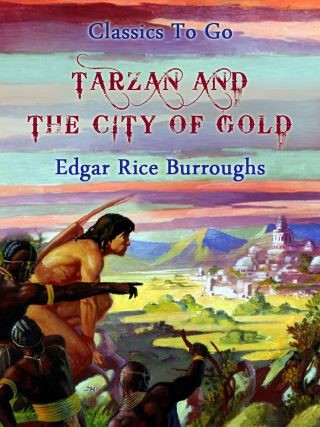 Tarzan and the City of Gold

After encountering and befriending Valthor, a warrior of the lost city of Athne (whom he rescues from a group of bandits known as shiftas), the City of Ivory and capital of the land of Thenar, Tarzan is captured by the insane yet beautiful queen Nemone of its hereditary enemy, Cathne, the City of Gold, capital of the land of Onthar. This novel is perhaps best known for two scenes; in the first, Tarzan is forced to fight Cathne's strongest man Phobeg in its arena. While an ordinary man might have been in trouble, Tarzan easily overpowers Phobeg. (Wikipedia)