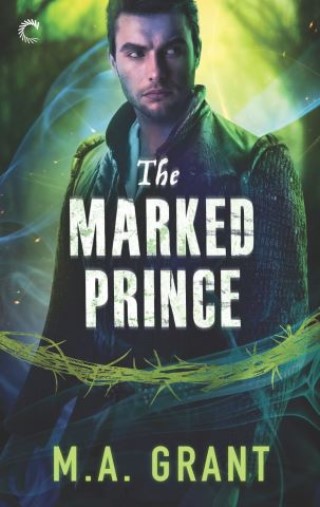 Torn between two worlds, desperate to save one love.

The Summer Court is nothing like Sebastian remembers. The oppressed lower classes are drained of their magick, and around every corner political intrigues threaten an already unstable regime. Sebastian’s only hope of surviving the Court and bringing home Prince Lyne’s traitorous brother lies with Duine, a magickless Unseelie servant desperate to win his freedom. A servant for whom Sebastian, an estranged Seelie royal himself, is developing a dangerous and deepening affection.

But behind the mask Duine wears are secrets as dangerous as what’s smoldering between them. And the more Duine helps Sebastian navigate Court life, the more it becomes clear the servant is not who he appears to be. How he came to be the whipping boy of one of the most powerful and corrupt faeries in the Summer Court is a truth Sebastian is determined to uncover, even if it puts him at odds with the very people who can lead him to the missing Unseelie prince.

When a powerful enemy steps from the shadows, it could spell the end not just for the Unseelie, but for both faerie Courts. Sebastian must choose: complete the mission and earn his place among the Unseelie who took him in, or risk his very life to ensure freedom for the man he loves.

This book is approximately 100,000 words

One-click with confidence. This title is part of the Carina Press Romance Promise: all the romance you’re looking for with an HEA/HFN. It’s a promise!

M.A. Grant: M.A. Grant fell in love with the romance genre while working at an independent bookstore. After college, she and her husband began a steady northward migration and now live amidst the rugged beauty of Alaska’s Kenai Peninsula. When she’s not calling out to passing ravens or making a cup of tea, she’s writing dark and moving stories.