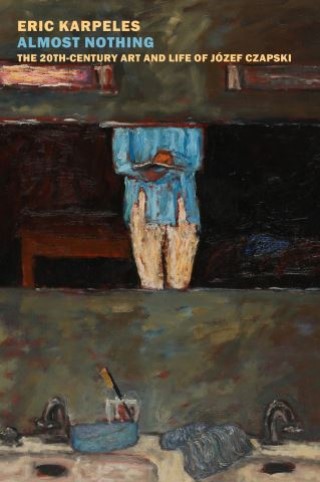 Almost Nothing: The 20th-Century Art and Life of Józef Czapski

A compelling biography of the Polish painter and writer Józef Czapski that takes readers to Paris in the Roaring Twenties, to the front lines during WWII, and into the late 20th-century art world.

Józef Czapski (1896–1993) lived many lives during his ninety-six years. He was a student in Saint Petersburg during the Russian Revolution and a painter in Paris in the roaring twenties. As a Polish reserve officer fighting against the invading Nazis in the opening weeks of the Second World War, he was taken prisoner by the Soviets. For reasons unknown to this day, he was one of the very few excluded from Stalin’s sanctioned massacres of Polish officers. He never returned to Poland after the war, but worked tirelessly in Paris to keep alive awareness of the plight of his homeland, overrun by totalitarian powers. Czapski was a towering public figure, but painting gave meaning to his life. Eric Karpeles, also a painter, reveals Czapski’s full complexity, pulling together all the threads of this remarkable life.

Eric Karpeles: Eric Karpeles is a painter, writer, and translator. His comprehensive guide, Paintings in Proust, considers the intersection of literary and visual aesthetics in the work of the great French novelist. He has written about the paintings of the poet Elizabeth Bishop and about the end of life as seen through the works of Emily Dickinson, Gustav Mahler, and Mark Rothko. The painter of The Sanctuary and of the Mary and Laurance Rockefeller Chapel, he is the also the translator of Józef Czapski’s Lost Time: Lectures on Proust in a Soviet Prison Camp and Lorenza Foschini’s Proust’s Overcoat. He lives in Northern California.