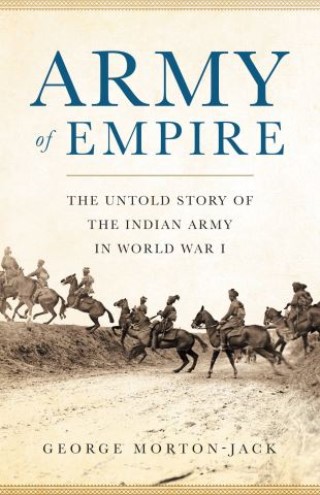 The Untold Story of the Indian Army in World War I

Drawing on untapped new sources, the first global history of the Indian Expeditionary Forces in World War I

While their story is almost always overlooked, the 1.5 million Indian soldiers who served the British Empire in World War I played a crucial role in the eventual Allied victory. Despite their sacrifices, Indian troops received mixed reactions from their allies and their enemies alike-some were treated as liberating heroes, some as mercenaries and conquerors themselves, and all as racial inferiors and a threat to white supremacy. Yet even as they fought as imperial troops under the British flag, their broadened horizons fired in them new hopes of racial equality and freedom on the path to Indian independence.

Drawing on freshly uncovered interviews with members of the Indian Army in Iraq and elsewhere, historian George Morton-Jack paints a deeply human story of courage, colonization, and racism, and finally gives these men their rightful place in history.