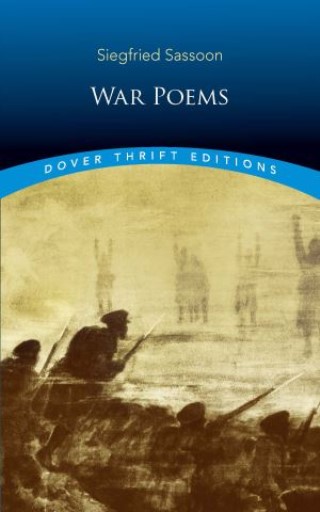 At the dawn of World War I, Siegfried Sassoon exchanged his pursuits of cricket, fox-hunting, and romantic verse for army life amid the muddy trenches of France. The first English soldier-poet to achieve notoriety as an opponent of the war, he ranks among the conflict's most critical poetic voices. This collection of his epigrammatic and satirical poetry conveys the shocking brutality and pointlessness of the Great War.
Many of these poems were written in the hospital while Sassoon recovered from wounds he received in battle. Their violence and graphic detail shocked readers, impressing upon them the horrors of trench warfare and the foot soldier's weariness of the never-ending struggle. "The dynamic quality of his war poems," observed the Times Literary Supplement, "was due to the intensity of feeling which underlay their cynicism." More than 80 of Sassoon's moving works are featured in this volume, including "Counter-Attack," "They," "The General," and "Base Details."