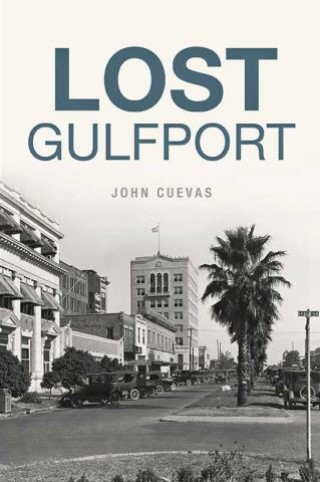 The second largest city in the state, Gulfport is the business center of south Mississippi. Many of the city's cherished landmarks and businesses have been lost to Hurricanes Camille and Katrina, the development of shopping malls and Interstate 10. Gulfport's answer to the quintessential '50s malt shop, Stone's Ice Cream, became a favorite hangout for students, families and businessmen throughout its long history. The Paramount Theatre was famous for its annual Christmas raffle during the '50s. Known as the "Hosts of the Gulf Coast," the Friendship House Restaurant served up a great cup of coffee along with its celebrated Hospitality Menu. Historian John Cuevas takes a look back at Gulfport's shops, restaurants, nightclubs, cinemas and more from a bygone age.

John Cuevas: John Cuevas was born and raised in Gulfport and has been researching coast history since the 1950s. His family is one of the oldest pioneer families between Mobile and New Orleans. As creative director of his own advertising firm in Atlanta for more than twenty-five years, he worked with some of the nation's top companies, wining gold awards in radio, television and print advertising. Cuevas has written articles and books about the coast. His book Cat Island (McFarland, 2011) is considered to be the definitive history of that Gulf Coast barrier island. His latest book, Discovering Cat Island: Photographs and History (University Press of Mississippi, 2018), is a coffee table photographic guide to the historic sites of the island.