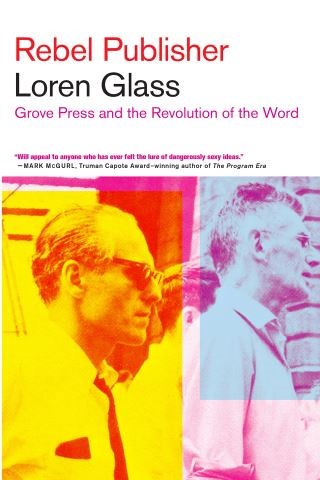 Grove Press and the Revolution of the Word

How Grove Press ended censorship of the printed word in America.

Grove Press and its house journal, The Evergreen Review, revolutionized the publishing industry and radicalized the reading habits of the "paperback generation." In telling this story, Rebel Publisher offers a new window onto the long 1960s, from 1951, when Barney Rosset purchased the fledgling press for $3,000, to 1970, when the multimedia corporation into which he had built the company was crippled by a strike and feminist takeover. Grove Press was not only one of the entities responsible for ending censorship of the printed word in the United States but also for bringing avant-garde literature, especially drama, into the cultural mainstream. Much of this happened thanks to Rosset, whose charismatic leadership was crucial to Grove's success. With chapters covering world literature and the Latin American boom; experimental drama such as the Theater of the Absurd, the Living Theater, and the political epics of Bertolt Brecht; pornography and obscenity, including the landmark publication of the complete work of the Marquis de Sade; revolutionary writing, featuring Rosset's daring pursuit of the Bolivian journals of Che Guevara; and underground film, including the innovative development of the pocket filmscript, Loren Glass covers the full spectrum of Grove's remarkable achievement as a communications center for the counterculture.

Loren Glass: Loren Glass is Professor of English at the University of Iowa, specializing in 20th and 21st century literature and culture. His first book, Authors Inc.: Literary Celebrity in the Modern United States, was published by New York University Press in 2004. Since then he has focused on the literature and culture of the sixties, teaching and writing about obscenity and censorship, drugs and literature, and the rock album era. He is a member of the Post45 collective and co-edits their book series.