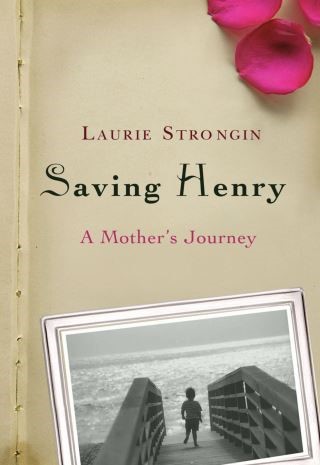 "A heartbreaking story, exquisitely told . . . Laurie Strongin's integrity, humanity, and wisdom are an inspiration to the rest of us."
--David Shenk, author of The Forgetting

Saving Henry is the eye-opening and inspiring story of how far a family will go to save the life of their child. Laurie Strongin's son Henry was born with a heart condition that was operable, but which proved to be a precursor for a rare, almost-always fatal illness: Fanconi anemia. Deciding to pursue every avenue that might provide a cure, Laurie and her husband signed on for a brand new procedure that combined in vitro fertilization with genetic testing to produce a baby without the disease, who could be a stem cell donor for Henry. As Laurie puts it: "I believe in love and science, nothing more and nothing less."

Laurie and her husband endured nine failed courses of the procedure before giving up. But Saving Henry is also about hope. It is the story of Henry, the feisty little boy who loved Batman, Cal Ripken Jr., and root beer-flavored anesthesia, and who captivated everyone with his spunk and positive attitude. When the nurses came to take blood samples, Henry brandished his toy sword and said, "Bring it on!" When he lost his hair after a chemo treatment, he declared, "Hey, I look like Michael Jordan!"

Laurie became a fervent advocate for stem cell research, working with policymakers and the scientific community to bring attention to Henry's case and to the groundbreaking research that could save many lives. Henry's courage and bravery inspired nurses, doctors, friends, and family. Saving Henry is the story of one family's search for a cure, and the long-lasting scientific impact their amazing little boy has had.